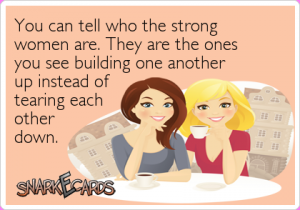 I always find it especially lame when I see women making derogatory comments about the bodies of other women. In the age of social media, this for some reason is remarkably apparent on fitness pages.

It’s not your thing. We get it. But just because you don’t want to look like “her” is irrelevant. “She” does.

Just because you have a right to your opinion (since often seems to be the “defense” – free speech, I can say what I want), doesn’t mean you should open your mouth and share it. What really is the point of these comments anyway? To hurt the feelings of the person in the picture? Seems unnecessarily malicious to me. Makes me think your parents failed.

Would you like your daughter(s) to ever be on the receiving end of such comments?

Ironically enough, these same people (men or women) wouldn’t dare walk up to the same women on the street and say the same thing. Why? Because there tends to be real-life consequences for such behaviour.

It speaks a great deal to character when one thinks this way and then feels need to act out and share it. I can’t help but think women who do this are very insecure. Why else put nameless strangers down? No, it’s no better when men do it to women but with all the societal pressures placed on women’s bodies and the ensuing body image issues so many battle, I think it’s even worse when it’s women making these remarks.

As much as I try (and I do, just not very well) this is one of the areas I have an extremely difficult time exercising patience and tolerance. I just can’t hold my tongue, or in this case, my fingers, when I see comments like this (which many of you have probably already noticed, lol) because not only do they infuriate me, but I also just don’t understand them and as a result I get very defensive of the person being attacked. I think everyone should.

Just stop it already. Worry about yourself and show a bit more respect for women different than you. 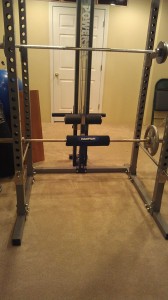