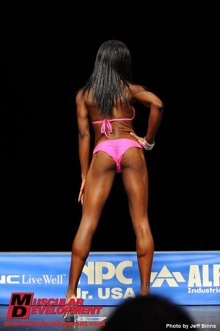 I started working with Erik back in 2008, I was looking to take my physique to the next level and knew I would need the help of a trainer and nutritionist. I had no idea where to begin looking so I went to bodybuilding.com and began searching for figure competitors in my area. I stumbled upon a client of Erik’s and was immediately intrigued by her physique and noticed she had Erik listed as her coach.

I then began to research Erik’s website. Enviously looking at his client’s transformation pictures and inspiring testiomonials. I sent Erik a message stating that I was interested in hiring him and he replied back with the client quesstionnaire and I began my journey to a healthier & fitter me. I worked with Erik over the next 4 months and hit a wall to where I wanted to be “normal” again and not have to weigh every meal. So, I took a break for a few months and as a result I got fat! By the end of Summer 2009 I was weighing 175lbs, none of my clothes fit and I was unhappy with my body. I was a Division I collegiate athlete, I was rocking a 6pk in Oct. 2008 and I was lifting heavier than before and now I was soft, squishy and FAT! I knew I wanted my body back so I contacted Erik again and simply asked if he had time to take me on as a client AGAIN. He told me yes and asked when I wanted to start, I instantly replied ASAP!!!

I started training again in November 2009, two weeks before U.S Thanksgiving, Christmas, New Year’s AND my birthday. This was about to be a whole new test of how serious I was about my training and nutrition  adherance. Thanksgiving day came and it just so happened to fall on my biweekly. I had great results thus far, but let’s be honest I LOVE to eat and wanted to enjoy a meal with family. I messaged Erik asking him if it was okay and his response was really made the “switch” flip for me. He told me that this was a lifestyle, not some plan with an end date. Certain events happen once a year and you have to incorporate them into your life!!

I proceeded to train hard and maintain my diet and the weight kept falling off! I had begun to gradually meet more and more like minded people with a passion for fitness and health over the next few months that helped me maintain my accountability & let me vent when I was sore, tired and hungry.

I had always pondered the idea of entering a figure competition but thought I was so far from being stage ready it was only a distant dream. I kept getting encouraging nudges from friends to enter a competition and I kept putting it off until I decided to SIEZE THE DAY!! I had an initial plan in May to prepare for a competition in August my only concerns were: would my training and meal plan drastically change, would I be eating tilapia for every meal (yuck), would I have to do 2 hrs of cardio a day?!?? I decided to do a bikini competition as a “stage warm-up” in June. Once I told Erik of my decision I just knew my plan would do a 180* and I would immediately regret the decision. That e-mail never came and I continued on my current plan! My competition day finally came and I never ate tilapia, didn’t want to naw my arm off and only had a few extra cardio sessions. I went into the competition with NO expectations but to do have fun and make some new friends! I started talking with other competitiors about their diets and training and my jaw hit the floor. Some girls were eating fish and green beans for every meal, doing hours of cardio & prepping for months with ZERO rest days! At this point I realized how great a coach I had that I didn’t have to suffer through this tortorous approach to competition prep. I ended up placing 2nd in my class at this show and was HOOKED!! 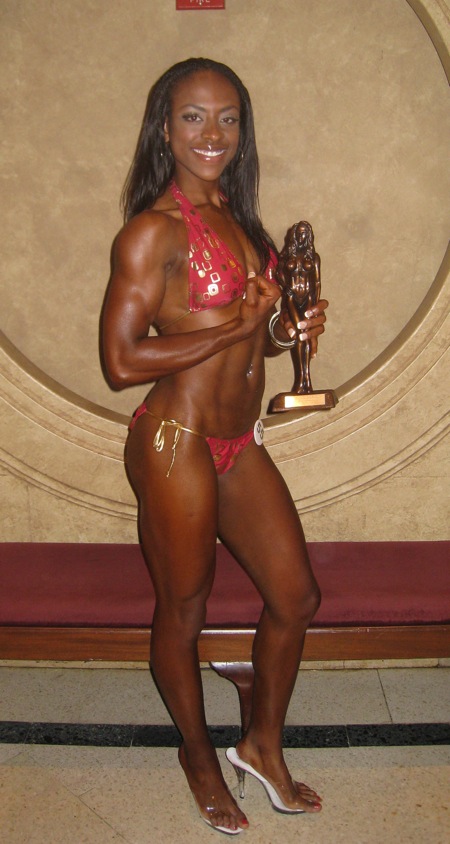 I didn’t have any other plans to compete but a friend and fellow competitor convinced me to do another show the following weekend. I said hey why not?! I was stage ready and had so much fun the first time. I competed the next weekend and won the Overall in Bikini!!! I was really excited and thought well that was fun and was ready to get back to just training hard. Then yet again another friend put the idea in my head to do another show a few weeks later. Gotta love my friends! :) This time though it was a National Pro Qualifier, Team Universe. Haha what was I thinking, a national show and I hadn’t even been competing a month?!? I messaged Erik asking if I was crazy to try and do this show. He told me the competition would be much stiffer but it would be a good experience to step on a national stage. I thought it over and over and over and finally decided to do it! My next thought was OMG, lol what did I get myself into. These girls were gorgeous, and had what I called boobs and sex eyes. I was just a small town girl. But I hopped on the plane and made my way to Team U! I had the opportunity to meet up with some fellow LBC clients, competitors and even Erik! His first words to me were, “You’re more muscular than in your pics.” Haha I guess that’s better than have you been sticking to your diet and training?!? As I was sitting at some pre-judging events and looking around I realized, Yes the girls are gorgeous, Yes the magnitude of the event is more than at a local show but it was really just like any other show. This put my mind and nerves at ease and I was ready to STRUt!!

The morning of pre-judging I had NO expectations and just went out on stage hoping not to fall on my face. Haha, so imagine my excitemet when I made first callouts!!! GAME ON! I hit the night show knowing at this point I had made Top 5 at Nationals, now it was time for the final placings! I had expected to place 5th, so when they called the 5th and 4th place awards and neither were my number I got really excited. If I could place Top 2 I would earn my Pro card! Haha the sheer thought of it made my stomach do a flip. They called out 3rd place and I stepped out to accept my trophy! I was excited to place so well but my never say quit, crazy competitive, strive for the best mentality left me HUNGRY!! I took the night off and began to ponder the idea of giving it one last hurrah for the TOP SPOT! I realized I was ready, I had a great plan and was on the national radar.

So here I stand prepping for Jr. USA’s in Texas!! I had thought of doing a local show in between but Erik reminded me, “You don’t go backwards, you compete at the National level and that’s where you stay!” So as I reflect over the last month of competing I think of my soft and squishy former self at 40 lbs heavier and feeling bummed, and I notice my new leaner body and athlete mindset and think what a difference this lifestyle change has made!!